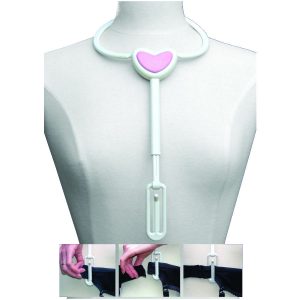 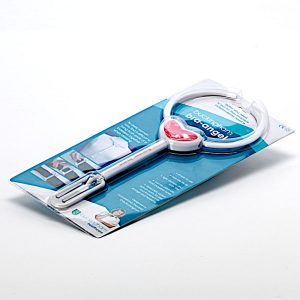 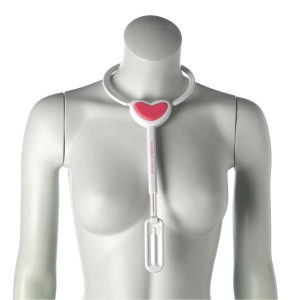 The Bra Angel makes it possible for women who have the use of only one arm to be able to put on their bra independently. The Bra Angel is an innovative and simple to use dressing aid that can be used with most bras types and is easily adjusted to size.

The original Bra Angel allows you to put on a bra using just one hand. The device holds one end of the bra securely while you bring the other end around your body to secure the hooks and eyes. The clever soft chin pad helps you to keep the bra angel in position whilst allowing you to see the fastenings for the bra.

This simple to use dressing aid can be used with most types of bra and is easily adjusted to size; easy to keep clean and 100% latex free.

The difficulties associated with putting on a bra independently are well known. Women of all ages who have mild to moderate upper limb restrictions such as weakness following a stroke, arthritis or a broken limb in a cast, find it very difficult to bring both ends of a bra together and can often require help to dress.

The Buckingham BraAngel Dressing Aid has been developed to overcome these issues, whether on a long-term basis or for just a short period following a fractured limb. The BraAngel Dressing Aid holds one end of the bra securely, while the other end is brought around the body and attached to the secured end. The Bra Dressing Aid is placed around the neck and positioned between the cleavage. The clever soft chin pad helps to maintain the position whilst allowing you to clearly see the fastenings for the bra.

There are no reviews yet. 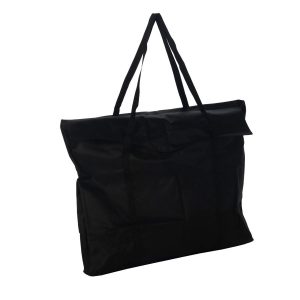 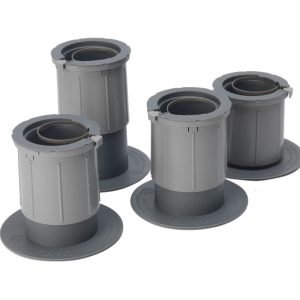 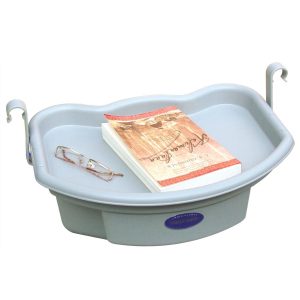 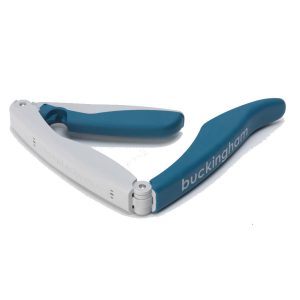